The summer of 1965 was a period confusion and social upheaval, especially if you happened to be a young man preparing to face the world fraught with uncertainty, as an 18-year-old high school graduate who was now eligible to be drafted into a war that was being waged on the other side of the world in a country called Vietnam. As a son of immigrant parents, I had been raised to be grateful and appreciative for all that the United States had given to us. I chose to face what lay ahead, resolved to honor my obligation as a willing member of our Armed Forces, but not before having had a little time to enjoy being free to enjoy life, with the obligation that high school had been for me up until recently. I purchased a motorcycle, intent on seeing the world before facing a four-year stint as a soldier. Less than a year later, my military obligation weighed heavy on me, and I decided to not wait for the "draft," so I willingly joined the U.S. Navy, knowing that my "motorcycle days" would soon be over. 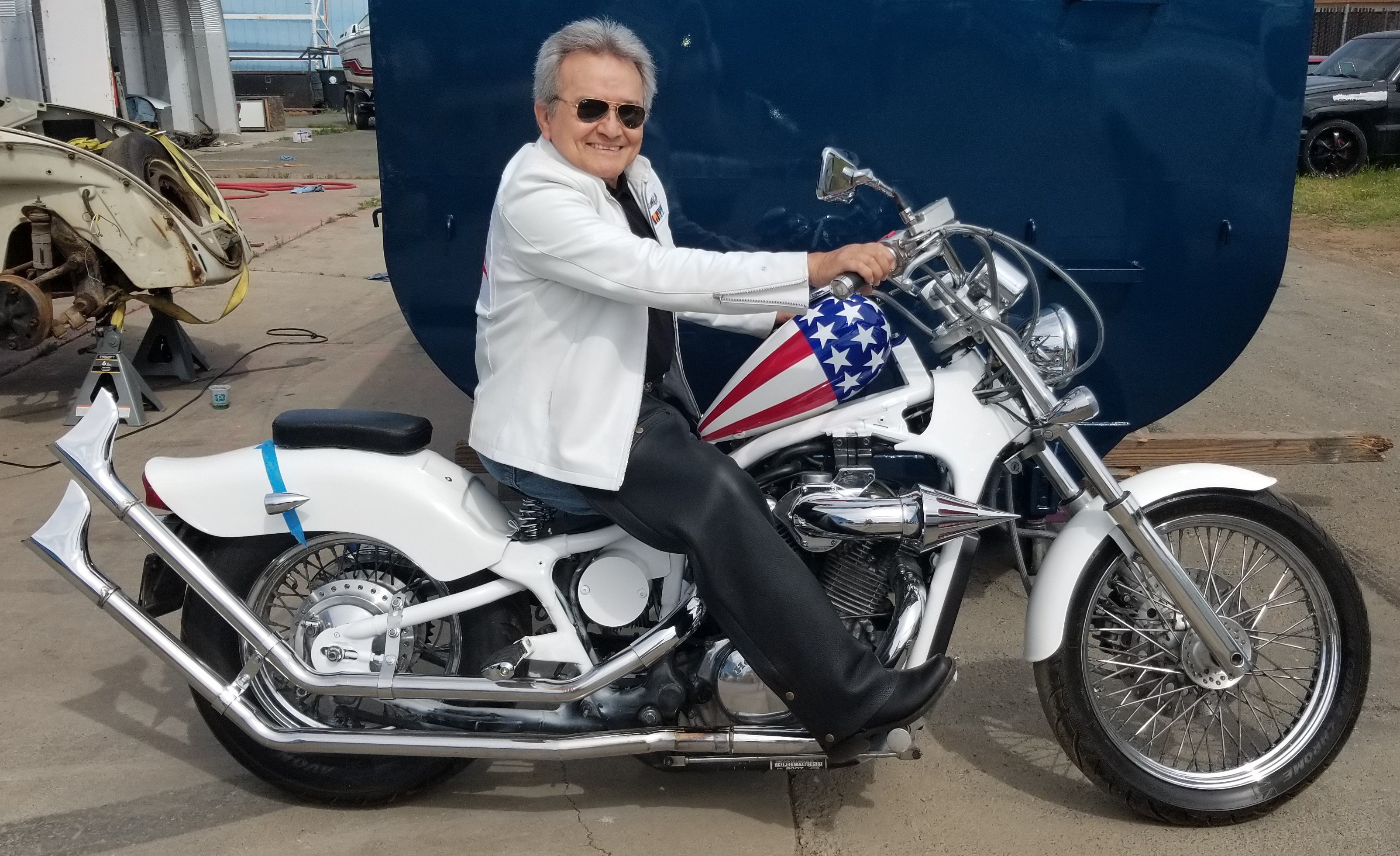 Flash forward to 2021; it has now been 56 years since I was a young man, and the sudden realization that I am now facing an illness that, like the event of high school graduation, there is no uncertainty about my future, or how much of one, I might have left. Once again, I remembered the "freedom" that I once felt, so long ago, so I decided to "recapture" those feelings, and bought myself another motorcycle! Being a lot older, and perhaps a little wiser, I began to explore how motorcycling had changed in the last half-century, and looked into what I had to do in order to enjoy myself, yet not get hurt in the process. I discovered the necessity of wearing a helmet that would minimize the possibility of head injuries; wearing clothing that made you more visible to motorists; and boots that, by virtue of their specially-thickened soles, would help reduce the expense of more frequent shoe repairs. While viewing a media search engine, I ran across a talk about motorcyclists who wear denim pants for protection (as I had planned to do), only to hear that should you unexpectedly come off your bike, denim pants will literally "shred" off of you. It was strongly suggested that people who ride motorcycles should wear high-quality leather motorcycle pants. The objective realization of this fact began my search for leather pants that would "fit the bill." I might point out that because of my "odd" build, I am not an easy fit: I have an incredibly short rise, thick muscular thighs, and thick waist area (due to a 20-pound weight gain from medication side-effects. After much exploration I came across a "Build Your-Own" motorcycle chaps company. Their name is FOX CREEK LEATHER. I called them, and explained about my problem. They responded, "Not a problem, all we need is that you take some measurements from our fitting form, and we can make you what you need." I decided to take a chance, and ordered the motorcycle chaps. Within eight calendar days, my chaps came in, and all I can say is, "WOW''!! The chaps were made from a very soft, yet thick leather, and they fit my lower body perfectly. Having a background in leather work, I was really impressed by the craftsmanship in the stitching. I could see that these chaps were made to last. 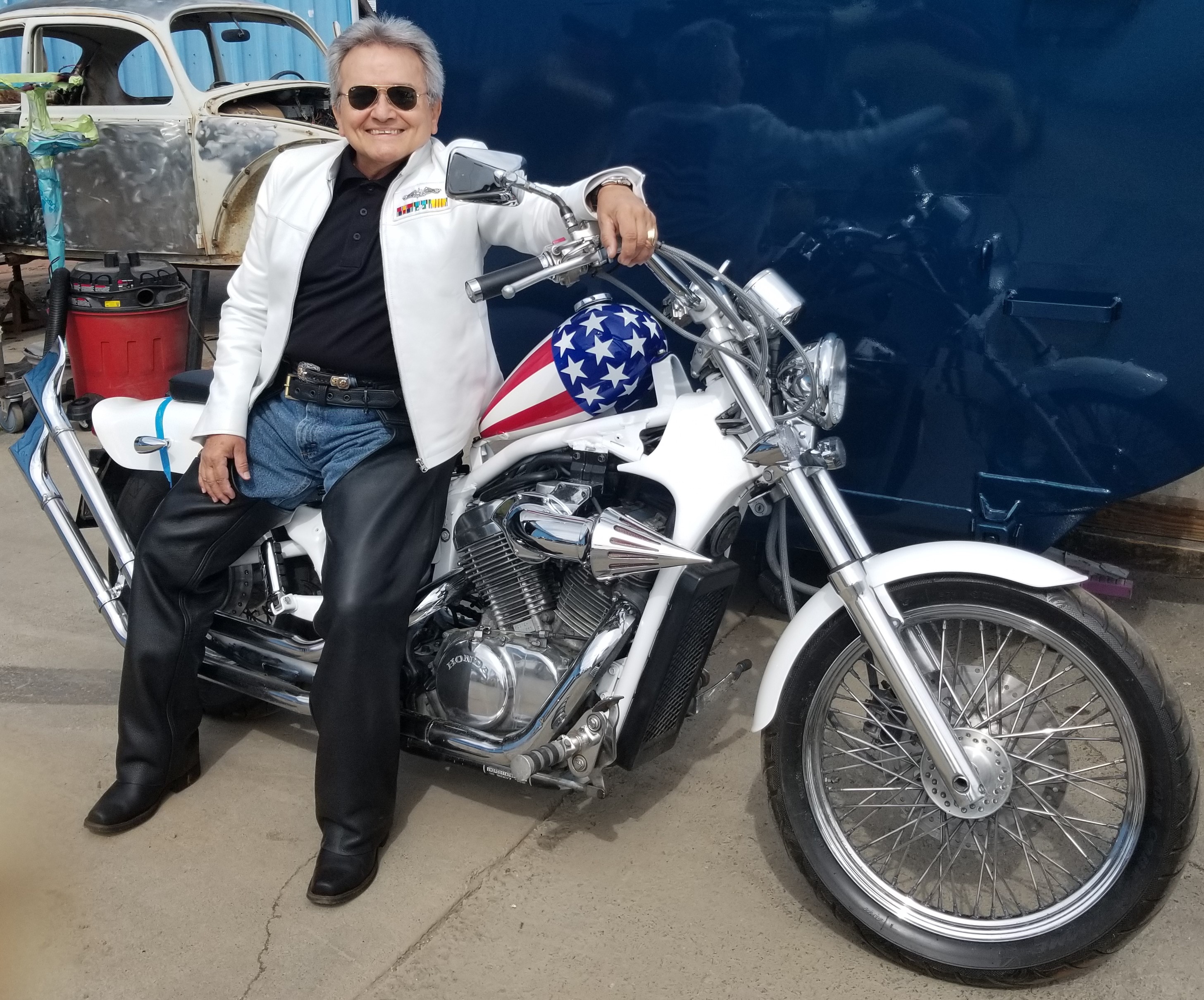 I don't generally spend this much time praising products, but time it has been very different because (God forbid!) should my leather chaps, "meet the pavement" I can rest assured that I can count on my chaps to help save me. I really thank FOX CREEK LEATHER, from the bottom of my heart, for the wonderful product they produce. I hope I'll have many years in which to enjoy the security they have provided.