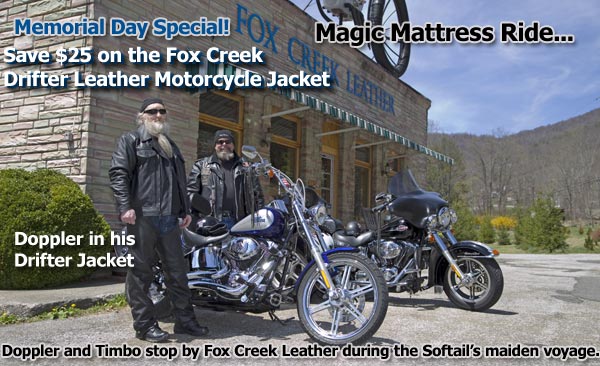 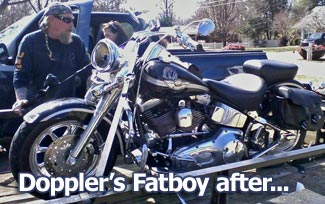 February 21, 2014 I was headed from NC to Pensacola, Florida. with 6 other bikers. We were headed down for a club party on the beach.
We left at 4:30 a.m. that Friday morning. The weather called for rain, at least through Atlanta. We stopped for breakfast in Gastonia, NC and checked the weather again. The storm front was heading right for us but we pushed ahead. Just before we got to Atlanta the sky opened up with wind, rain, thunder, and lightning.

It had been snowing a few days before and the salt on the road was covering our glasses and windshields, which made it almost impossible to see. We finally rode out of the storm and stopped to gas up and clean our windshields. As we walked into the store the lady behind the counter asked which direction we came from and we told her from NC. She said we had just ridden through tornados.
I thought that would be the worst part of the journey but I was wrong. As we were traveling through Montgomery, Alabama about 2 hours from our destination it happened. I was riding in position 5 with my friend Timbo riding road guard in the last position. As we were passing a pick-up truck a mattress flew out of the back, sailed into the air about 20 feet and landed, vertically, in front of me. With no place to go I had to hit the mattress and ride it out. Everything seemed to be happening in slow motion until I came off my bike and hit the ground. It then felt like I was traveling at around 100 MPH! I did a tuck and roll and traveled another 50′ before coming to rest on the side of the interstate. A trip to the local hospital confirmed a broken hand and broken foot. Needless to say we didn’t make it to Pensacola and headed back to NC the next day. 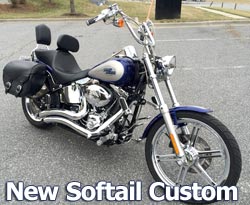 Eight weeks later with my Brother Timbo close behind, I made my maiden voyage on my new bike. Our first stop was Fox Creek Leather where we were greeted by their friendly staff. I replaced some of my leather which was cut off me at the scene of the wreck and we headed back home. Fox Creek Leather saved me from road rash which would have made my “Magic Mattress Ride” even more painful.
Thanks Fox Creek!
by Doppler
USMV MC NC-2
“CrossRoads”